This engraving shows thatched houses and a cross-section of one with its interior furnishings. Shown are people dancing and playing musical instruments (see also image reference NW0014), and a work gang with the ubiquitous long-handled hoe and white overseer or manager. Background structures include the sugar mill and boiling house; behind these the manor or dwelling house, the residence of the owner or manager. The engraving presents a rather idyllic and pastoral view of slave life and activities. It masks a
reality that was far less picturesque. It does not show the abject material conditions of the enslaved, the dilapidation of their housing, their tattered and worn clothing, the hunger they often suffered, the blandness (and often inadequacy) of their food rations, and the contaminated water they frequently drank; it also obscures the illness and infirmities that were widespread in plantation villages or settlements. Waller, a British naval surgeon, lived in Barbados for a year in 1807-08, but there are no references in the text to this illustration, and it is not known if the engraving was based on Wallerís own eyewitness sketch or was the creation of some artist or the engraver, identified as R. Sennett. For discussions of the housing and settlements of the enslaved in Barbados, see Jerome Handler, 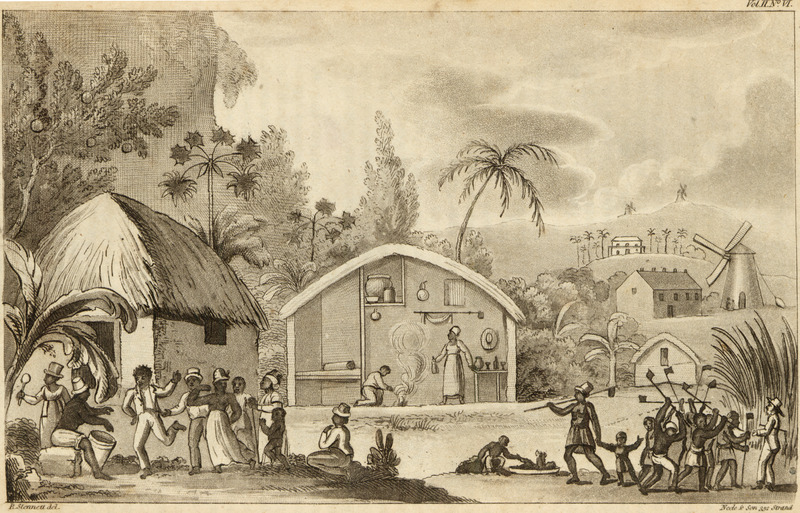