Taking over the direction of Slavery Images is an honor. This website has continuously been a resource I have relied upon to conduct research and teach the history of the African diaspora. I am thrilled that Jerome Handler has entrusted me with the further development of this website. To recognzie his contributions, I immediately renamed the database of historical images as the "Handler-Tuite Image Database" to honor their pioneering work in the digital humanities. Over the past few months, I have been thrilled to collaborate, discuss and strategize future directions of the website with Handler. The passing down of legacy websites from distinguised scholars to younger generations. The sustainability of digital projects is problematic because without support, funding and maintenance, websites can disappear and die. In taking over this project, I am grateful for Handler who has also transferred to me a network of people in Virginia (explained in more detail below) who continue to demonstrate their long-standing interest in preserving and improving Slavery Images for future generations. I am particularly thankful to Matthew Gibson, Will Rourk, Worthy Martin, Trey Mitchell, William Brandon, among others at the University of Virginia and Virginia Humanities for their help and advice with the transfer and ideas related to the future development of this website, especially in terms of introducing me to IIIF and CS3DP. 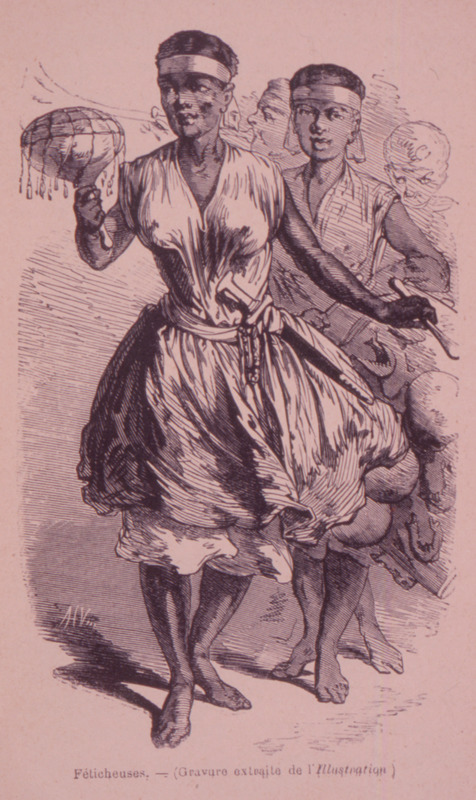 The University of Colorado Boulder (CU Boulder) has generously supported the re-development of this website. When I arrived to CU Boulder in 2016, my colleague and retired professor, Peter H. Wood, had already been working with a group of local K-12 teachers to develop a curriculum on the "History of Racism." To achieve this goal, Allyson McDuffie (Director of Education and Outreach at Trimble), Richard Hassler (GeoSpatial Market Manager at Trimble) and Fran Ryan (former CEO of Impact on Education) were working with a team of teachers and adminstrators from the Boulder Valley School District. During several meetings and consultations, I quickly realized that Trimble had been organizing the scanning of heritage sites related to the history of the slave trade, including: Natchez Historical Park (Mississippi), McLeod Plantation (Virginia), Annaberg Plantation (St. John, U.S. Virgin Islands) and a replica 18th-century ship used in Hollywood.

Once Handler decided to step down as director of Slavery Images in early January of 2018, Google Analytics demonstrated how successful this website had become. Since 2007 (when the analytics code was first added to the site), Slavery Images had attracted over 1.5 million new users and averaged about 15,000 per month, while page views totaled above 12 million hits. These statistics do not take into account the period between 2000 and 2007. The majority of all users fell into the age demographic of primarily university and high school students. Due to the popularity of Slavery Images, Thomas Hauser (Director of Research Computing at CU Boulder) and I wrote a white paper to fund a graduate research assistant at CU Boulder for two years to use Slavery Images as a prototype in which to develop other digital projects across all humanities departments; and to examine overlap with science and engineering digital projects via the Sciences Gateways Community Institute and Jupyterhub, both of which provide web interfaces to advanced complex data sets, analytics and computing. In July 2018, CU Boulder's Graduate School funded this request to develop this service, which will be hosted and archived on the Research Computing and PetaLibrary, but will likely operate of the Center for Research Data and Digital Scholarship (CRDDS), which officially opened in the fall of 2017. Following the approved white paper, I raised more support to redevelop the frontend of Slavery Images from CU Boulder's College of Arts and Sciences, Department of History and the Center for the Humanities and Arts.

In order to develop the front end of Slavery Images with the International Image Interoperability Framework (IIIF), I attended, under the recommendation of Will Rourk, a conference at the University of Michigan in August 2018 for the Community Standards for 3D Preservation (CS3DP). At this conference, I was pointed in the direction of Brumfield Labs, which Sara Brumfield and Ben Brumfield own and operate. They are experts in software development for historic documents, including: visualizations, natural language processing, linked open data and IIIF. If I have missed anyone's name in error, please contact me.

The professional and technical staff of the University of Virginia Library have been extraordinarily helpful and congenial. We are particularly grateful to Michael Plunkett (former Director, Department of Special Collections), E. J. Jordan, Regina Rush, Felicia Johnson, Margaret Downs Hrabe, Jeanne Pardee, and Bradley Dangle (at one time or another on the staff of Special Collections), Erika Day (formerly film librarian, Robertson Media Center), Rick Provine (former Director, Robertson Media Center), Scott Silet (formerly, Reference Department), Patrick Yott (former Director, Geospatial and Statistical Data Center), and Douglas Hurd and Lewis Purifoy (Interlibrary Loans). Thanks also for technical assistance to personnel who, at one time or another, have been associated with the Digital Media Lab: Jason Bennett, Jama Courtney, Lisa Gottschalk, Bruce Johnson, Kirk Moore, and Will Rourk. Over the years, Monnica Terwilliger and Rai Wilson, as Graduate Research Assistants, provided technical and research assistance, and Christopher Avery, Emilia Braun, Miya Hunter, Anna McCrerey, and Annis Steiner, at various times undergraduates at the University of Virginia, diligently assisted with the research in locating images and compiling background information, as did Francesca Brady, at the time an undergraduate at Brown University.

Juanita Anderson gave us the final title for the original website (since retitled in its present form). Stephanie Berard, Kandioura Drame, Robert Fatton, and Benjamin Guichard assisted with translations from the French; Susan Maycock, Luciana Wlassics, and Lauren Wencel provided translations from the Italian; Kelly Hayes and Carla Larangeira translated from the Portuguese; Carola Wessel from the German; Cornelia King and Zack Matus from the Latin; and Blanche Ebeling-Koning and Dennis Landis from the Dutch. Special thanks to Kent Mullikan (National Humanities Center) for his assistance with funding, and to Phil Lapsansky (Chief of Reference, Library Company of Philadelphia) for his prodigious efforts in identifying African American images which considerably aided our work; also, for his continuing willing support in dealing with a multitude of bibliographic and other research queries. We are also grateful to John Van Horne (Director), James Green, Cornelia King, and Charlene Peacock, who consistently provide a congenial environment in which to do research while Handler held a fellowship at the Library Company of Philadelphia. Equally congenial and helpful was the staff at the library of the Mariners Museum (Newport News, Va.), including Susan Berg (Director), Gregg Cina, Claudia Jew, and Cathy Williamson. Norman Fiering (former Director and Librarian, The John Carter Brown Library), was an early and strong supporter of this project, and we are particularly obliged to Susan Danforth, Susan Newbury, Dennis Landis, Richard Ring, Leslie Tobias Olsen, and Heather Jespersen, at various times on the staff of the John Carter Brown Library, for their consistent and often indispensable help in a variety of matters. The JCB's website, Archive of Early American Images, has been a major resource in our efforts to identify and describe many images placed on our website. We also thank Leslie Fields and Marilyn Palmeri of The Morgan Library & Museum for their willing cooperation and assistance with our project.